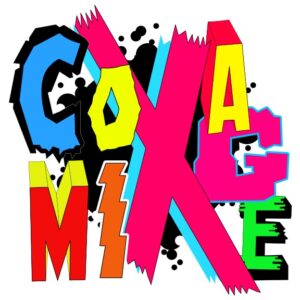 I am the creator and curator for comixage.com

<We are currently under-construction, and due to launch 2021!>

I’m creating the site I want to visit.

I’m addicted to finding new art, wild concepts, and great stories! The site is basically my journey to finding and promoting new artist and art!

My mission statement: to promote alternative artists and comics

I want to inspire the new generation of alternative comics creators and collectors! I want to see and experience more! I want to see boundaries crossed,, and gatekeepers overrun!

Mars Eve was born February 14, 1971. I have always lived in Texas. I have a BFA in painting and printmaking. I collected comics as a kid, became an original comic art reseller in the 90s, dabbled in APA comics, painted eBay pinup commissions, and then dropped out of comics in the early 2000s. During that time I started a lowbrow artist interview site: Valentiger.com(down). I returned to comics in April 2019 after seeing Avengers Endgame. As the movie became the best selling movie of all time, I realized that the general public/world finally understood the mythology of superheroes. After returning to comics, I became a fan of Jonathan Hickman, and binge read his entire catalog(yikes!). I then found the Cartoonist Kayfabe YouTube; this reignited my interest in alternative comics. CK also reintroduced me to manga; this opened a brand new world, including gekiga- alt manga.  Some of my art can be found at http://marseve.com

This will be our about page soon....

This topic is also published as an article here »
1 Reply

Very Informative information. Being an academic assignment writer for the past 5 years I am providing college Homework Help and essay writing services to college students. Also, I am associated with the TopAssignmentExperts platform. I am dedicated to providing the best online academic writing services to college students at affordable prices. To know more visit  https://www.topassignmentexperts.com/college-homework-help-online/